Jan I Fox, SVP for IT, Marshall University 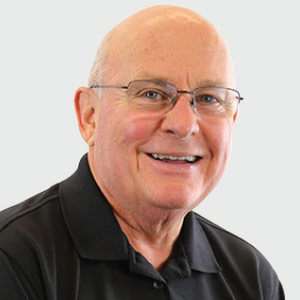 In April of 2013 I joined the University of Portland, a midsized Catholic university in Portland, Oregon. It didn’t take too long to discover that we needed to do something quickly to catch up with the growing technology expectations of students, faculty and staff. Despite having a state-of-the-art data virtualized data center and a new VOIP unified communications system; we had not kept up with the need for: increased internet and wireless services; mobile applications; single sign-on; and having a private secure way to use social networking in the classroom.

We were out of internet capacity and pushed to the limit. Our contract for existing internet services was expiring. Thanks to the research done by our consultant and an internet bandwidth broker we were able to triple our internet bandwidth from 500mbps to 1gbps and have network redundancy. The new network and communication services were provided by Time Warner and Comcast at a cost that was less than what we previously paid our former internet service provider for a third of the capacity.

Due to the construction of our older campus buildings, providing wireless services was a challenge. Students, faculty and staff were very frustrated with the degradation of service during peak hours. Many of the dorms were the worst in terms of coverage and accessibility. To demonstrate how frustrated our students were one of the candidates for student body president ran on a platform of improving Wi-Fi coverage as well as having 2ply toilet tissue. The campaign for “Wi-Fi and 2ply” won the day and he was elected by a landslide.

We previously upgraded our wireless access points which tripled capacity, which the students used up almost immediately. With adequate overall bandwidth we now were able to deploy standard Cisco wireless access points in common areas and more localized inexpensive access points connected to the Ethernet cables in every other dorm room. The result is a great overall student wireless experience. Reports from students the first week of class included thanks for the “awesome and blazing fast” service.

On the application side of the house we were dealing with the reality of having large demands for new mobile applications and limited staff and budget. We decided to look for alternatives that would roughly align with the “80/20 rule”. Were there cloud hosted mobile solutions that could provide 80 percent of what we needed for 20 percent of the cost and time to implement? The answer was yes, there were two choices, selecting a mobile development platform or a mobile publishing platform. In our case, due to limited staff, immediate demand, and budget we chose the publishing platform as our best option.

Hearing that we had historically provided some past services without adequate customer involvement we purposely took extra time to include staff, faculty and students and went with Dub Labs as the solution which best met our overall requirements and had the lowest overall ongoing cost to support. As a result we are bringing up an entire suite of mobile apps, branded as our own, for a fraction of the time and cost if we had developed inhouse.

For several years recommendations had been made by the President’s Advisory Committee on Information Technology that we implement a “single sign-on” solution to avoid having to log onto several different systems to access our array of services. The challenge was not having a centralized authentication tool to tame our growing number of both cloud and locally hosted applications. With 5,000 users and an average of 10 applications used per student and faculty we needed a simple solution. We found that most true “single sign-on” services were designed for big business and not smaller organizations, were very expensive, and took a long time to implement. We were looking for something that would save us time and money in how we managed authentication and access to our existing and new applications with a common user experience.

Our choice was Intermedia’s AppID which came with the capability of making both cloud and hosted apps available through a very easy to use common graphical interface with a “sudo single sign-on”. AppID leverages groups and permissions from Active Directory and applies them directly to cloud apps which have been very easy to manage. We now have 20 apps accessible through AppID with more to follow.

Our solution was very close to home and included a unique partnership with a local Portland start-up company called Cel. ly. With Cel.ly they get a university testbed for new technology and we get a tool that is “game changing” when compared to other options.

Cel.ly enables professors to hold class discussions as well as send quizzes and homework reminders. Coaches can send schedules and updates and attendees at sporting events can engage with those interested but not in attendance.

Administrators can use it for campuswide notifications and staff coordination. Students can work together in teams and study groups.

Key advantages of Cel.ly include: setting up a group for your class, group, or team in minutes; have cell phone numbers and messages kept private; works on any phone, tablet or PC; no scanning of your data; ability to theme your cells with cover photos and avatars; and not having a size limit.

When faced with a need to “do more with less” we took some non-traditional approaches to solving our problems and found new opportunities to provide services at less cost and greater customer satisfaction. In each case we followed our new service philosophy: “We Listen, We Care, We Respond” and rather than do something “to” our customers we did it “with them”.

Unlocking the Value of Connected Cars

Comprehensible Distribution of Training and Information...

The Current Focus is On Comprehensive Solutions

Big Data Analytics and Its Impact on the Supply Chain

Carmax, the Automobile Business with IT at the Core

The CIO's role in rethinking the scope of EPM for...

Transformative Impact On The IT Landscape

Get Ready for an IT Renaissance: Brought to You by Big...

Technology to Leverage and Enable

Speed is the Name of the Game

How Charles River Labs is Re-imagining Digital Transformation with...

A Multifaceted Approach to Digital Transformation

Hybrid Work Has Forever Changed The Need For It In Ramboll

However, if you would like to share the information in this article, you may use the link below: